As is becoming increasingly clear, your diet is one of the most important things in your life. Currently, in the United Kingdom, nearly half of all people are overweight due to a poor diet, and a sedentary lifestyle. Are you someone who feels unhealthy physically, and mentally? Are you overweight and is it affecting your day-to-day life? Your diet might possibly the reason for your poor overall health.

If you are someone who is affected by poor health both in mind and body, a macrobiotic diet could be the perfect idea for you. Macrobiotic diets combine foods that keeps your “yin and yang “in balance – and has roots in ancient Japanese and Chinese healing techniques. I offer Macrobiotic Cooking Classes London, for those that want to follow a Macrobiotic diet in London.

The macrobiotic diet has a lot in common with veganism. Often considered a lifestyle choice rather 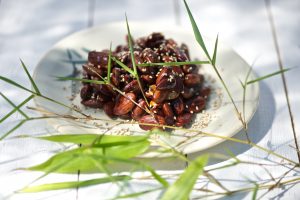 than just a diet. Based on the Chinese ideology of “yin and yang”, the two complimentary forces that keep your life and the universe in balance. Like in many other things in life, different types of foods have yin/yang qualities.

If your yin and yang balance out, your physical ability and health will improve, and that will lead to a natural prevention of diseases. Macrobiotic diets can help your prevent diseases such as cardiovascular ones. This is due to the reduction of animal product consumptions and general processed food. If your yin and yang balance out, you will be able to spiritually and mentally heal from past scars.

Macrobiotic meals emphasize eating no to very little animal products – but mostly eating unprocessed vegan foods, so in a sense it is very similar to veganism. However, the main difference is that in my macrobiotic cooking classes London, we occasionally cook meals that have fish in it. However, the diet does not allow sugar. Essentially, macrobiotics is veganism minus the sugar, plus the fish. 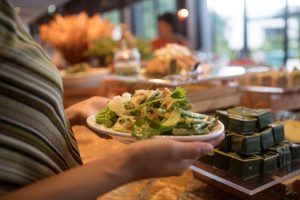 During my macrobiotic cooking classes London, we mostly focus on vegan ingredients that balance your yin and yang:

Yin Foods: Also known as “cold foods” that moisten your body – examples are soy products like tofu, and fruits like watermelon.

Yang Foods: these are “warmer foods”, and recommended to eat in warmer months. Root vegetables are a prime example of yang foods.

At Bodywork Massage macrobiotic cooking classes, we will focus on ingredients and balancing your yin/yang foods intake. Are you interested in knowing more about my cooking lessons in natural foods?